NIH Funding and the Government Budget 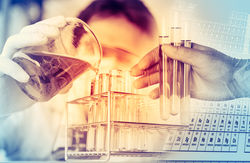 While the NIH budget is in place and fully funded through September 30, 2019, agencies and potential awardees alike are paying close attention to the government budget going forward and how it might impact grants and funding past this year’s end.

Potential Funding Cuts
In Trump’s ‘Budget for a Better America’ released March 11, 2019, the president proposes a 12 percent decrease in funding for National Institutes of Health for fiscal 2020. The proposal features $34.37 billion for NIH including $492 million in resources from the 21st Century Cures Act and $150 million in mandatory funding. This represents a drop of about $5 billion as the 2019 fiscal year sees NIH funded at $39.31 billion.

Other related agencies are also struggling with similar news. The National Science Foundation is set to lose approximately $1 billion in funding, and the Environmental Protection Agency is looking at a 31 percent drop. Even NASA’s science could be cut by 8.7 percent.

Funding Increases and Other Changes
Under the proposed budget there would be a new NIH agency, the National Institute for Research on Safety and Quality, with an objective to continue key research activities administered by the Agency for Healthcare Research and Quality. It could start up with $256 million.

The budget also includes $15 million for the Institutional Development Award (IDeA) States Pediatric Clinical Trials Network, and $50 million for an initiative dealing with drug discovery and clinical trials and other research and resources surrounding pediatric cancer.

The FDA would receive an additional $643 million.

For those who are concerned about these cuts there may still be hope.

Over the past three years the president has proposed cutting the NIH budget and the past two years Congress has ensured that NIH funding cuts are rejected, as well as rejecting the plan to move the Agency for Healthcare Research and Quality last year.

Check back to this blog for more updates and news as it breaks, through the lens of Grant Engine and our approach to securing funds for applicants.